The highlight of Barcelona was visiting the La Sagrada Familia (Holy Family Church). This is more than a church, it is an original work of art. The famous architect Antonio Gaudi worked for 43 years on this amazing structure beginning in 1883 and the community continues to work on his vision from the plans he left behind. Antonio Gaudi understood that this structure would not be completed in his lifetime stating that it was okay because “God was patient.” These words impressed on me the man whose aim was for the perfection of the detail in his art versus rushing to complete his work in order to view it. I am not sure if any words or picture can thoroughly describe his genius as a, an engineer, architect or artist. The building does not follow a uniform plan throughout therefore I had to retrace steps; however, upon the retracing I continued to discover new aspects I had not noticed. As I walked in different directions, I rediscovered his art as I viewed it from different angles.

The interesting design elements were fascinating to observe. The choice of materials used were thoughtfully selected not only to enhance the effects of the design but were also selected to relate to the viewer a spiritual significance to ponder. A column was not simply placed to support the building but even the material used to create a column in a specific area, since all columns were not made from the same material, were chosen and shaped to create some thought provoking or spiritual significance. For example most old religious structures are in the shape of a cross. In the center of this building, where all sides meet the columns are made from a red granite (porphyry) but the rest of the columns in the building where made from a grey stone. Most cathedrals of similar size have broad columns which are all the same size and shape. Here Gaudi wanted to bring the nature into this building therefore none of the columns are exactly like each other. These red columns where right in front of the main alter as if to say, “Here is where your focus should be.” Then, as I lift my eyes I notice that the columns branch out as when one lies on the grass and looks up into a tree. As all branches are different, all columns were different. Some branches even having boles to further enhance the effect. Each column represents a trunk of a tree therefore some of the supports were narrow but had enough strength to support the entire the weight of the roof.

Gaudi designed the structure also to enhance the effect of light and the natural surroundings. The bronze doors were larger than life and the doors which will become the main entrance had various words and phrases from the Lord’s Prayer in a variety of languages in large and small print.

The four sides of the building are the work of a a master sculptor. The only side that was completed during the life of Gaudi is of the Holy Family Facade. As one gazes up you can see that the sculptures flow together but each scene is recessed deep into the building as its own individual snow globe….Without the snow of course. At some point I realized that I am not the only one holding the back of my head for support to continue to look up to understand the story being told.

The only other outside of the building completed was finished after Gaudi’s death and the story tells of Jesus last days called the “Passion Facade”. The sculpture that most sticks in my mind is reminding us of the story when Pilot washes his hands as Pilot’s wife turns away after Jesus was condemned to death. This side was meant to be sculpted as course and the stone even looks heavy which reminds the viewer of the weight of the stories from this period.

This is a unique highlight and should be on one’s list to view in their lifetime. 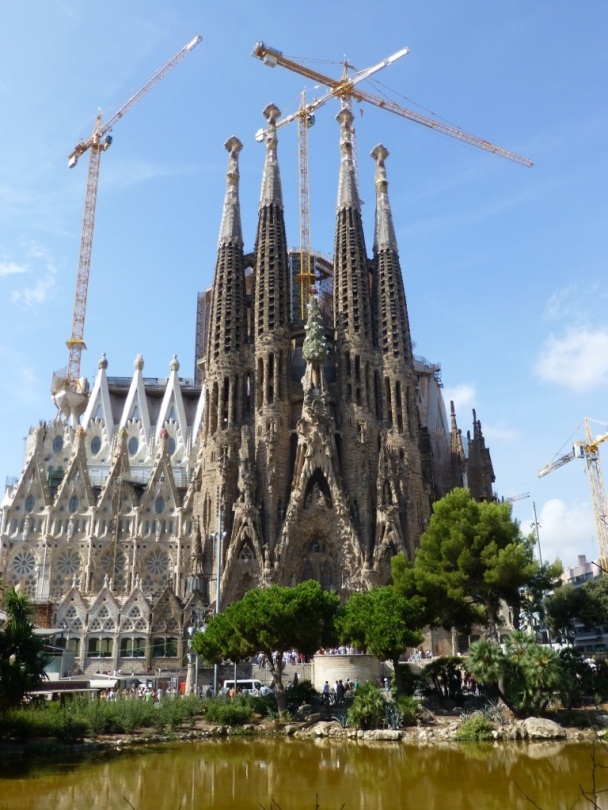 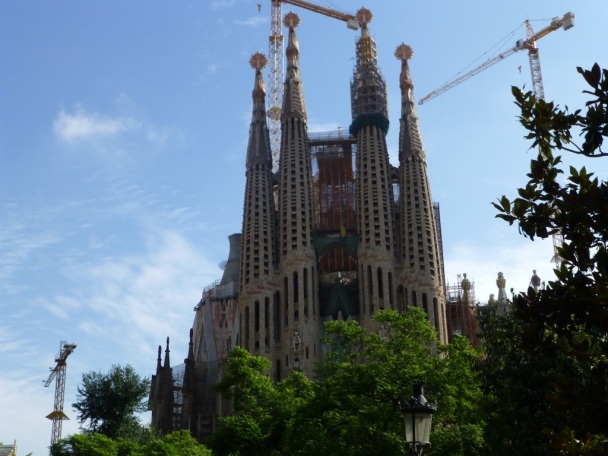 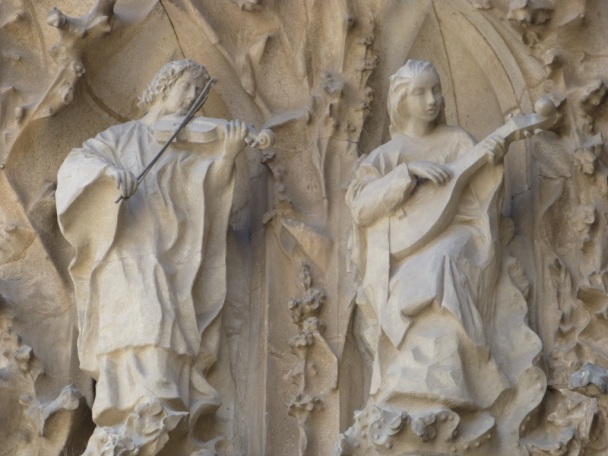 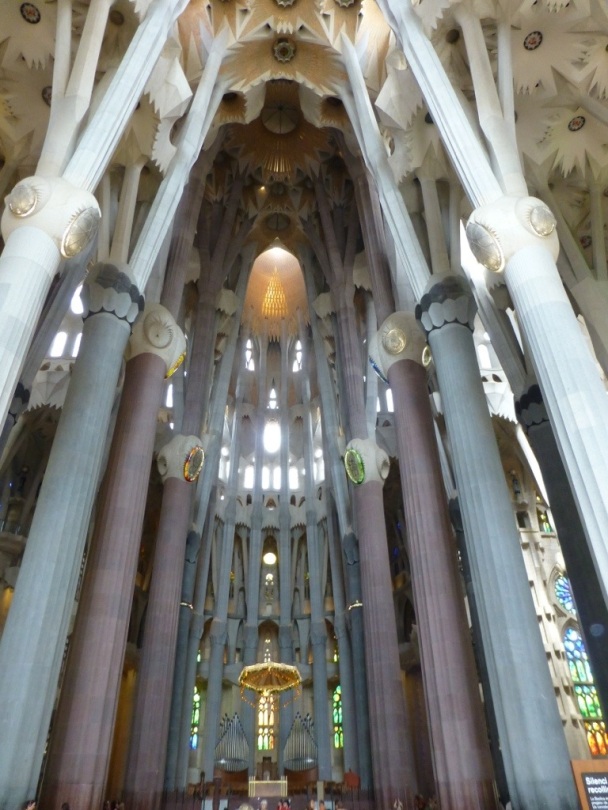 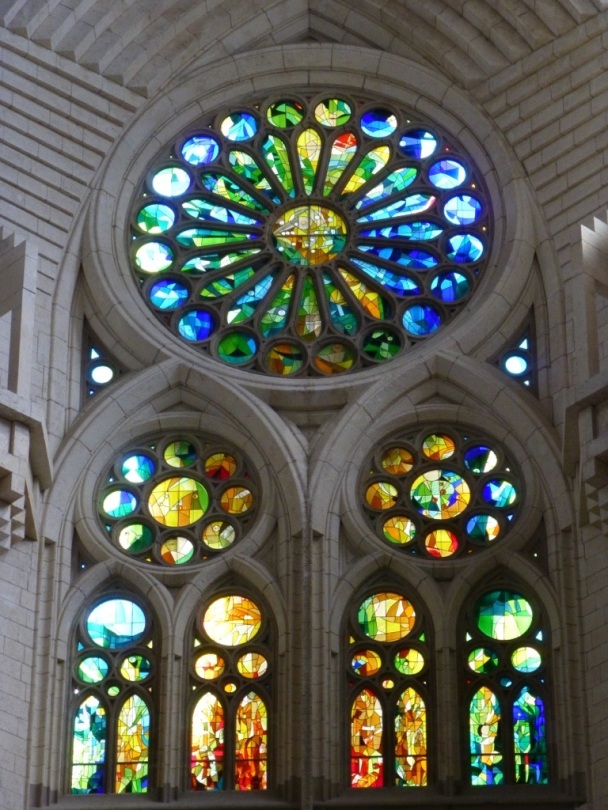 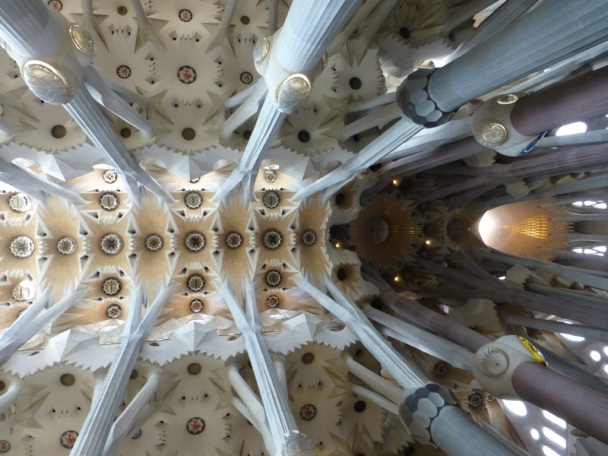 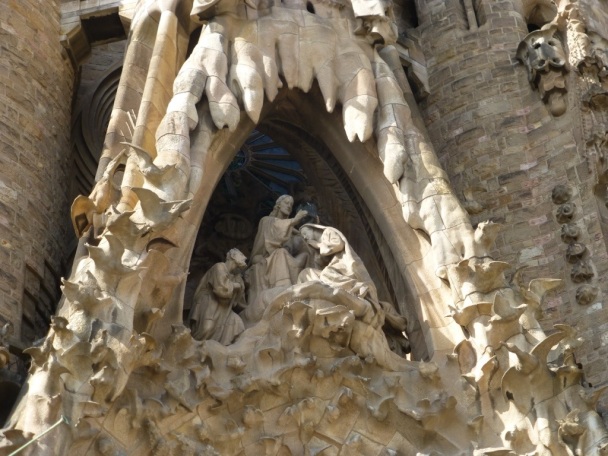