Katmandu – Peace Among The Chaos

A friend once told me, “Katmandu…I love it and I hate it.” I did not really know what she meant until I traveled there myself. Katmandu was my “home base” for all my Nepalese adventures. The moment I arrived in Katmandu, all my senses belonged to her. My head moved from side to side trying to take in it all; The smells, the colors, the noise, even the feel of it. Yes, Katmandu had my full attention from the minute I arrived.

I thought several times that this would be sensory heaven for any child with a hyperactivity disorder. However, after two days of Thamel, the tourist neighborhood of the city, all the activity bought sensory overload and the “Katmandu Cough” from the stale and polluted air that lingers in the valley. I searched for a more secluded corner of the city and found the Garden of Dreams, an oasis of greenery in a crazy city and Boudhanath, the largest buddhist stupa in the world.

While in Katmandu, I went to the monkey temple to remember a friend, I took a morning flight over the Great Himalayan Mountain Range but I spent the majority of my days around the stupa at Boudhanath. Here I learned to be a tibetan singing bowl healer, circled the stupa with the prayerful and relaxed at the local coffee shops listening to the Om Mani Padme Hum mantra which quieted the souls of both the devote and the traveler.

This mantra, which means “jewel of the lotus”, focuses on the six perfections of Buddhism; These include generosity, ethics, patience, diligence, renunciation and wisdom. I found that the calming mantra allowed my mind to shift from what was happening about me and lead me to a higher concentration to what was happening in the present moment even though the stupa was a bustling place of people and activity.

There was a wide range of ways to worship at the stupa. People would pray in a way that worked for each; For example, devotes would read from old manuscripts, use prayer beads as they recited mantras, spin prayer wheels and repeat a full body bend, kneel, lay flat and back up motion in their devotions. Everyone spun the wheels or walked in clockwise direction so there was order to the mantra heard over the loud speaker.

In the middle of the crazy city that is Katmandu, I was also transformed by the greeting everyone used to say hello and goodbye. “Namaste” which literally means “I see and honor the God in you.”

In this city, that assaults all senses, I found a deep spiritual peace. It makes me wonder what would happen if we stopped and all recognized the God in each person we encounter, in both the meeting and leaving, and thus have to honor God in that person….What would happen? Even though a person may drive us crazy or with whom we have a deep disagreement, if we always honor the God in that person how would that change our relationship with that individual? I wonder if, around the world, we all honored all people we encounter in such a manner, in all our dealings, how it would change the world? 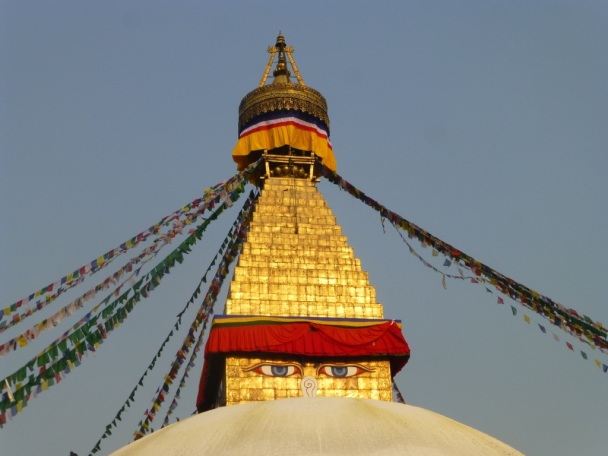 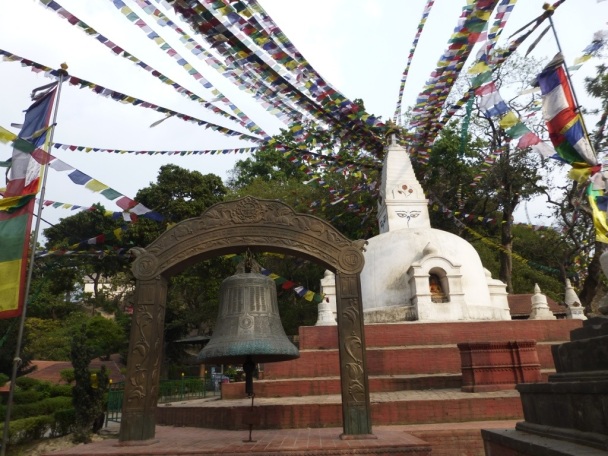 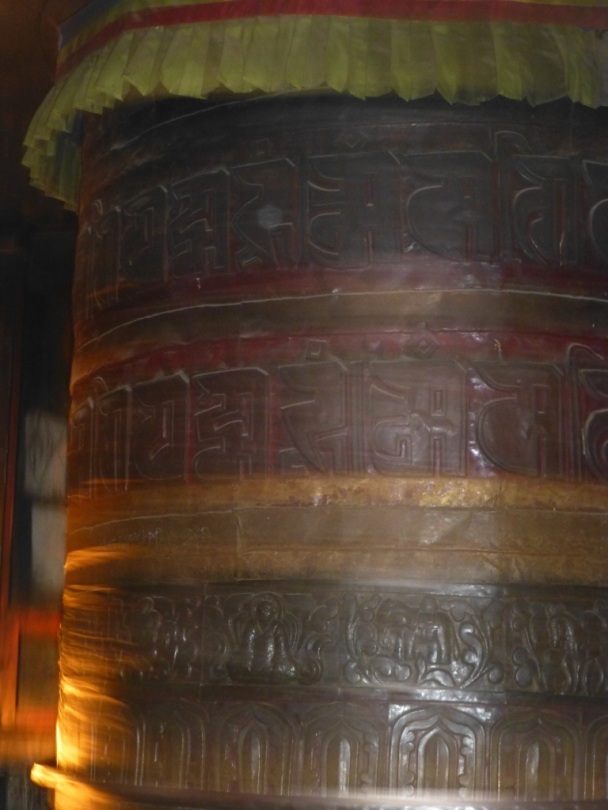 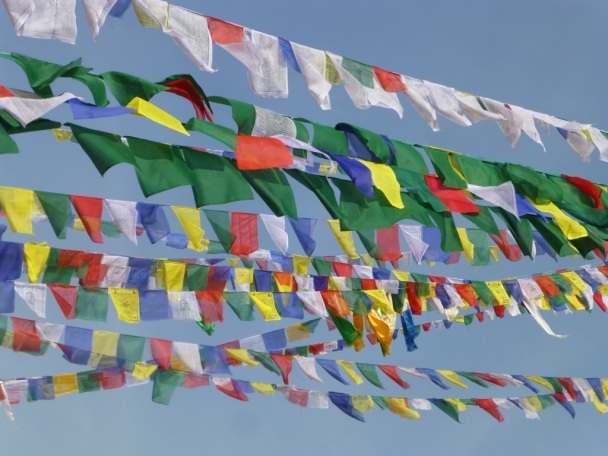