An hour south of Jerusalem is an historic flat top rock mountain with cliffs on all sides called Masada. The first fortress built on this mount was completed in 150 BC by Jonathan the Maccabee. The same Maccabee’s that were the force of the Jewish revolt at that time.

Later the Maccabee’s ruled during the Hasmonean Dynasty and are still remembered today during Hanukkah celebrations. Herod the Great decided to rebuild during his reign, just over a hundred years later, in the only way he knew how….with total exuberance.

However, what Masada is most know for is that second revolt. The one that occurred after the second temple was destroyed by the Romans. (Yes, the same second tempe that was incidentally built by Herod the Great.) The group that was left from this revolt fled to Masada. About one thousand men, women and children were able to survive as long as they did with the provisions that Herod had generously left behind. It took three years before the Romans were within reach of the top of the cliff. When they arrived they found their enemy, dead. The massive group suicide left a message….Better to die than live as slaves. To this day Israeli’s vow that Masada shall “never fall again.”

Many hike up to the top but I choose to ride the cable car in both directions to maximize my time on the mountain. I was so glad I did. I purchase the audio guide and walked through the fortress but the two hours I was given was not enough. I was surprised to learn how large the surface area of the top of the mountain was and I was even more surprised how much Herod actually built here.

I continue to be impressed with this man that left so much behind. However, after seeing his reconstructed sarcophagus in the city museum, I am not sure he realized that he would end up like everyone else. In the end, historians, not himself, would describe in their own terms who he was as a man.

After leaving the mountain we visited the nearby peaceful spring in the desert called Ein Gedi. Water bubbled and fell from the death of the desert to bring life. Beside the water was green grass and trees in the middle of nothingness.

This area is mentioned several times in the old testament. In Joshua, Ezekiel, Samuel I, Song of Songs, and Ecclesiasticus. However, the highest falls, named David Falls, is said to be the place mentioned in Samuel I, where King David hid from King Saul.

We walked to the top of the falls and I thought that if I had to hide out for a while, this would not be a bad place. We stayed longer than anticipated but decided that we could have lunch any day but to be in this calm; This was not easily left behind.

Soon after we were in the van headed for the jewel that was “just in view” all day: The Dead Sea. We bobbed like a fishing bobbers in the water and laughed at the feel of it. It was easiest to just lay back in the salt water and rest form the early morning. The water had healing power, or so they say, so what else was there to do….Well, maybe one thing.

One by one we scooped up the mud and cover our bodies in the clay that would be an expensive treatment in any nearby spa. Some of us put more effort than others on applying the thick substance to our skin. We laughed as the waves lapped on our legs and we had to redo our handiwork.

It seemed like forever for the clay to bake into crust in the hot summer sun. When we could not stand it anymore we were back in the Sea or nearby showers. Some hoping for the miracles that they claim. All I noticed was, whether the sea or clay, my skin felt so much softer than it had earlier.

And thus ended my day in an area that was a symbol of martyrdom, reconciliation and hedonism. What a combination! 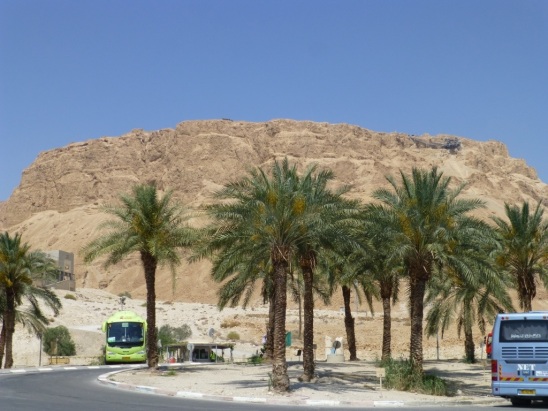 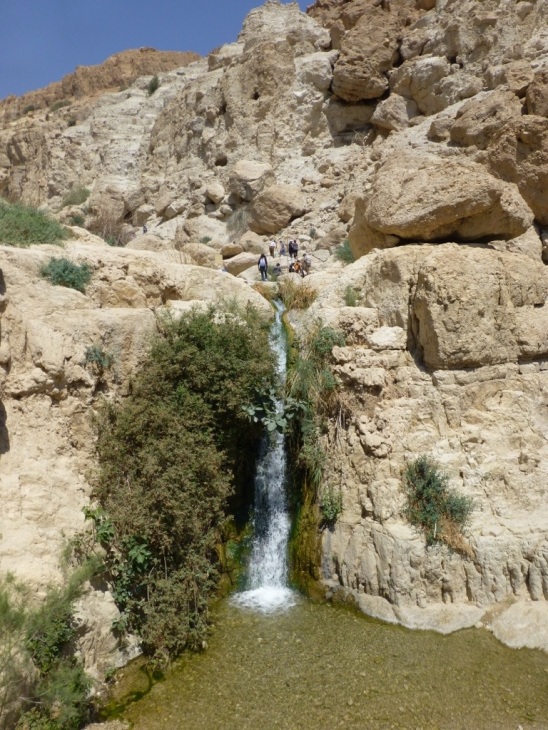 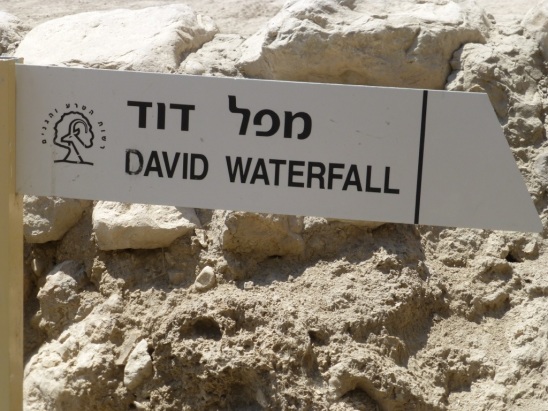 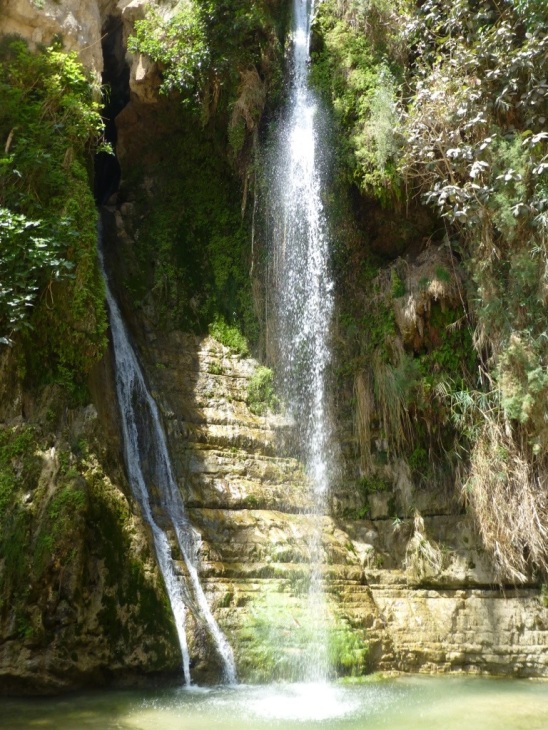 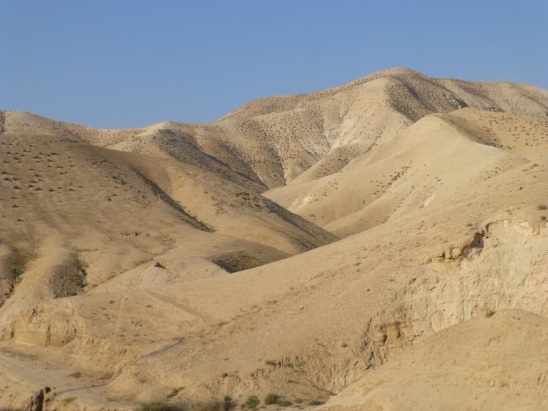